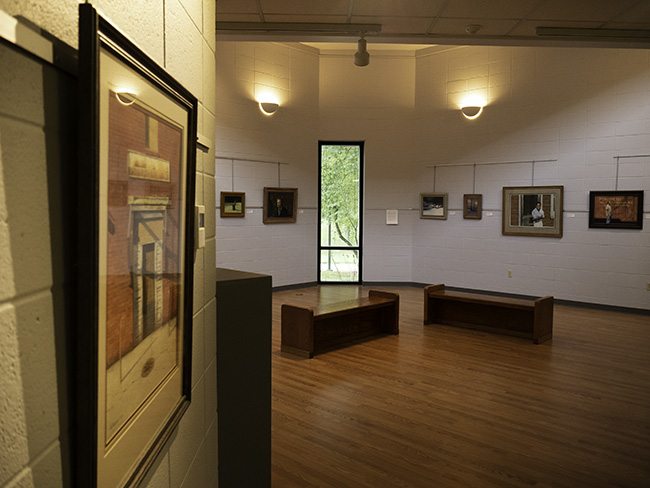 The work of renowned Appalachian artist Jeff Chapman-Crane is now on exhibit at the McCall Art Gallery of Big Sandy Community & Technical College. The exhibit runs from August 19 through October 11, and an opening reception will be held on August 27 from 3 p.m. to 5 p.m. 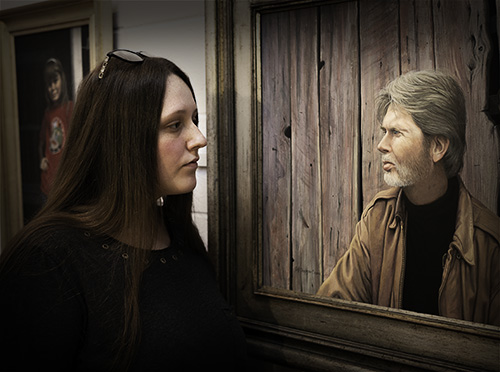 Jeff Chapman-Crane is a full-time professional artist from the southern Appalachian Mountains, where he has lived and practiced his art since the early 1970s. His art focuses on the culture of Appalachia, with an emphasis on portraits of mountain people.​

Jeff has been painting for over forty years since being challenged and inspired by his high school art teacher, Don Hilton. Following the tenets of the American Society of Classical Realism, Jeff's work encompasses the highest principles of traditional representational art - fine drawing, balanced de-sign, harmonious color and skillful craftsmanship. While not in the stylized realism of American Regionalism, his work shares a strong identification with a particular region conveying geographic features of the land and unique human, cultural and social characteristics.

Among the artists who have greatly influenced Chapman-Crane's work are Rembrandt, for the sheer power of composition, mastery of brushstrokes, and the profound depth of human understanding revealed in his portraits; Vermeer in his use of light and portrayals of everyday, domestic life; the French Impressionists for their revelation of the color of light; and Edward Hopper's ability to stop time and capture a moment. Jeff gives much credit to Vincent Van Gogh, his favorite artist, whose emotional intensity and absolute devotion to his work move and inspire him. 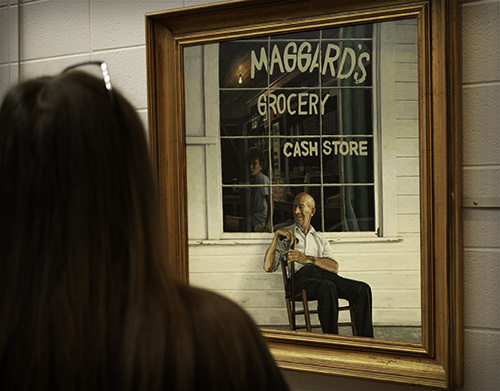 His realistic work follows well-established traditions in American art, in the vein of Winslow Homer, Thomas Eakins, and Andrew Wyeth for their portrayals of ordinary life. Social commentary photographers Dorothy Lange, Ken Murray of Tennessee, and "Picture Man" Mullins of Jenkins, Kentucky have also influenced the content of Jeff's work.​

Chapman-Crane's work has been featured in American Artist Magazine, and he is a four-time finalist in the Artists Magazine's annual portrait competition. He was also the illustrator for the children's book, "Ragsale," which won Best in Show at the 1995 New England Bookfair.​

Together with his wife, Sharman, Jeff operates the Valley of the Winds Art Gallery in Eolia, Kentucky, where their works can be seen. Jeff's work is represented by the Greenwich House Gallery in Cincinnati, Ohio. 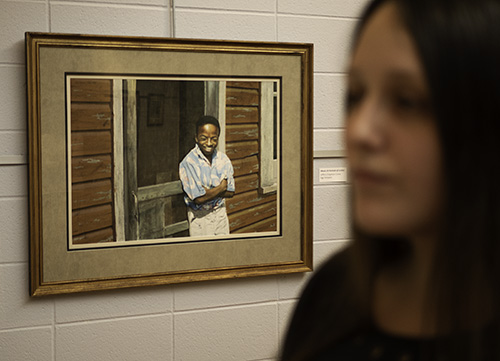 Dr. Sherry Zylka, President/CEO of BSCTC shared her thoughts on the Chapman-Crane exhibit, “There is a sublime feeling captured within every painting. Chapman-Crane’s works function at the core of Appalachian culture, and its soul resonates with true living.”

BSCTC’s McCall Art Gallery is a thriving gallery in the heart of the Prestonsburg Campus located in the Magoffin Building. The McCall exhibition schedule is ongoing and will be announced on social media as well as in print.