Your wellness is our priority. For the latest information about what BSCTC is doing to keep you safe, please read our most recent press release. 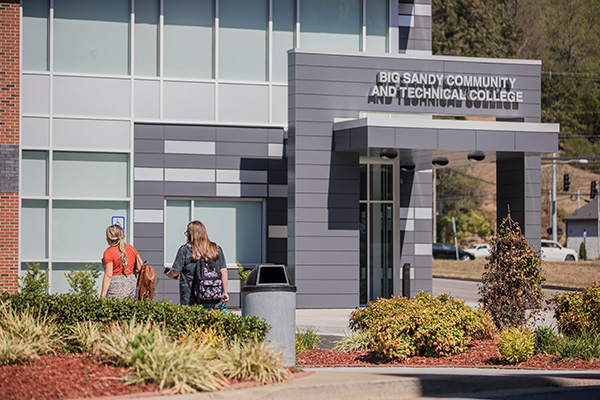 The Association of American Colleges and Universities announced today the selection of thirteen institutions to host Truth, Racial Healing & Transformation (TRHT) Campus Centers. An initial cohort of ten institutions was selected by AAC&U in 2017.

“AAC&U is thrilled to partner with these outstanding institutions on our way to establishing 150 centers across the country to ensure that higher education is playing a leadership role in promoting racial and social justice,” said AAC&U President Lynn Pasquerella.

In partnership with the W.K. Kellogg Foundation’s Truth, Racial Healing & Transformation effort, AAC&U works with higher education institutions across the country to develop self-sustaining, community-integrated TRHT Campus Centers. Organized around the five pillars of the TRHT framework—narrative change, racial healing and relationship building, separation, law, and economy—the Centers seek to prepare the next generation of leaders to confront racism and to dismantle the belief in a hierarchy of human value.

The thirteen institutions selected as sites for the second cohort of TRHT Campus Centers are:

Institutions were selected based on their vision for their TRHT Campus Center, the demonstrated commitment of leaders on campus and in the community to the goals of the TRHT Framework, and their ability to provide evidence for the need of a TRHT Campus Center in their community.  AAC&U will provide strategic direction to the TRHT Campus Centers with the support of the TRHT advisory committee, a network of national advisors and experts.

“The Papa John’s Foundation is proud to support the development of additional Truth, Racial Healing & Transformation Campus Centers,” said Madeline Chadwick, SVP of Communications and Corporate Affairs at Papa John’s. “The centers play an important role in bringing people together on college campuses, which aligns with the foundation’s mission of supporting communities as they work together for equality, fairness, respect, and opportunity for all.”

In June 2020, teams from the 13 newly selected TRHT Campus Center institutions will return to AAC&U’s annual Summer Institute on Truth, Racial Healing & Transformation Campus Centers to refine their transformative action plans.  At the Institute, participating teams will be mentored by leaders from the first cohort of TRHT Campus Centers during topical workshops and consultation sessions.  In addition, teams will practice designing and co-facilitating Rx Racial Healing Circles, an integral component of the TRHT Framework.

TRHT Campus Centers will join colleges and universities across the country to mark the fourth annual National Day of Racial Healing on January 21. AAC&U encourages institutions to engage in activities, events, or strategies that promote healing and foster engagement around the issues of racism, bias, inequity, and injustice in our society. The National Day of Racial Healing (NDORH) is an opportunity for people and organizations to come together in their common humanity and take collective action to create a more just and equitable world. NDORH is part of the W.K. Kellogg Foundation’s Truth, Racial Healing & Transformation (TRHT) effort—a national and community-based process to plan for and bring about transformational and sustainable change, and to address the historical and contemporary effects of racism.

“Given the growing divisions in our country, the launch of thirteen additional TRHT Campus Centers reminds us of the possibilities for healing and unity in our society. We must focus our efforts on preparing the next generation of leaders to dismantle the misguided beliefs and actions that promote a hierarchy of human value,” said Tia Brown McNair, AAC&U Vice President for Diversity, Equity, and Student Success and Executive Director for the TRHT Campus Centers.